Where we are now – After Labor Day we went to Phase 3A.  We now allow browsing in a controlled area as well as computer usage for 45-minute intervals.  People are using those options, but usage is not heavy.  Requests for curbside pickup have gone way down; most people are happy to come in and pick up their reserved items.  The bathroom remains closed to the public.  There is no seating as lingering is discouraged.  Most people are in and out relatively quickly.  WIFI is on 24/7 and can be accessed from outside the building.  People have been good about wearing their masks and only a few reminders have been needed.  It is more common to have to remind people to wear their masks correctly.  Social distancing is a bit problematic at times as there is a bottleneck at the entrance and people can be impatient.  Additionally the produce is right in the entryway.  Staff hours are the normal 35 per week.  Public access hours are less than that as we need to reserve time to clean at the end of our shift, this gives people 3 ½ less hours of access.  We are opening the same time each day to make it easier for people to remember; we are open 2 evenings and close earlier on Fridays and Saturdays.  Staff hours are Monday and Tuesday 10-5 & 7-8:30, Thursday 10-5, Friday 10-4, and Saturday 10-3 with the door being locked ½ hour before our shift ends.

Personnel –Michael and I have settled in to the new routines.  Although we have had some busier spurts of people in the building, we are still busiest with materials.  The Summer Youth Employment Program (SYEP) did happen and Lily was a tremendous help even though there were many things that she could not do.  After meeting with our volunteer Jane, it was decided that she would not work set hours because of our COVID way of doing business.  She is working on some ideas for grab and go craft kits and she has said she can pick up produce if needed.

3rd Quarter programs – Summer Reading Program was totally remote with no in-house programing.  Numbers were very low.  We gave away 60 children’s books at the elementary school during a lunch pick up.  Farm 2 Library program has been a big hit over the six weeks that we’ve been up and running.

Upcoming programs – No in house programs will be scheduled except for take-away programs.  Farm 2 Library will continue through October and possibly for a week or two in November.  Space craft kits from NASA as a grab and go program.  Other craft kits are possible.  We may try to do another book give away before the weather gets bad and possibly do a book give away at the senior center.

SALS & Directors’ Council – SALS has shared its budget – due to NYS budget restrictions there is a 20% reduction in their budget.  We only get a small amount of direct NYS aid, which will be diminished by 20%.  The larger effect for us will be due to cuts made at SALS.  NYS new minimum standards are on track to go into effect January 1, 2021.  I think we are in pretty good shape, but will be double checking to see what we might need to work on before then.

Joint Automation Council / computers – Our 2 new computers arrived 9/25.  During the summer one of our public pcs died.  The desk pc has started having some issues and will be replaced next year.

Friends – Carol Barcomb passed away.  She was a cashier for us at our sale; she will be missed and we will need to find another cashier for next year.

Other – New insurance policy is here for review.  This is emailed now.  In the past Lloyd has looked this over, is there a board member who wants the email forwarded to them?

ADP has Small Business Services set up on their website now.  If anyone wants to look into these I can set that up for them.

It’s time to file the Tax Cap report.  Do you want to continue to ask for the maximum amount that we are allowed?

Help make history by sharing your story of the COVID-19 pandemic. 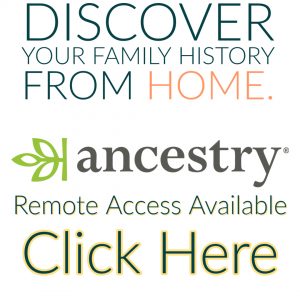